The John A. Burns School of Medicine (JABSOM) at the University of Hawai‘i at Mānoa is one of the leading medical education institutions in the United States.
JABSOM ranked #24 in the country in Primary Care in the 2021 “Best U.S. Medical Schools” list by U.S. News & World Report.

The medical school also is a national leader according to educational data released in 2021 by the Association of American Medical Colleges which show:

Aloha is a cherished tradition in Hawai‘i, comprised of many layers which guide our way of life. At JABSOM, aloha embraces diversity. Aloha is also spelled out in our school’s vision: Attaining Lasting Optimal Health for All — ALOHA.

In Hawai‘i roots are important. People here have a special need to remember, and pay homage to the past and to those who went before us. Few could guess back in the late 1960’s that Le‘ahi Hospital would become the genesis for a major medical school. One who did, and was instrumental in its founding was Hawai‘i’s Governor John A. Burns. The Board of Regents named the school “The John A. Burns School of Medicine of the University of Hawai‘i” in tribute to him. The goals and philosophy of JABSOM epitomize the public career of the late Governor Burns and his vision for Hawai‘i.

The School opened in 1965 as a two-year program of basic medical sciences, and became a four-year degree granting program in 1973.

The Hawai‘i State Legislature’s commitment to a medical school for the people of Hawai’i was strengthened when lawmakers approved use of tobacco “Master Settlement Agreement” funds to build and help operate the Kaka‘ako oceanfront campus of the John A. Burns School of Medicine (JABSOM). The campus, a site chosen by Governor Ben Cayetano, opened in 2005. We proudly educate our students and the people of Hawai‘i about the dangers of smoking and we treat those suffering from tobacco-related disease.

Many prestigious private foundations as well as the U.S. and foreign governments have provided generous grants and funding over the years. This distinguished list includes the Robert Wood Johnson Foundation, the Commonwealth Fund, the W.K. Kellogg Foundation, the Pew Memorial Trust, and the Queen Emma Foundation, just to name a few. 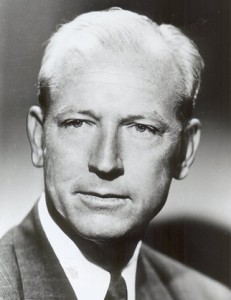 The school’s basic mission is not only to train high-quality physicians, but also to train biomedical scientists and allied health workers. Degrees and programs offered at JABSOM include the following.

The University of Hawai‘i at Mānoa is one of the most ethnically diverse institutions of higher education in the nation and is one of only 13 institutions in the US to hold the distinction of being a land-, sea-, and space-grant research institution.

JABSOM houses the largest biomedical research facility in Hawai‘i. It has the first clinical department at a U.S. medical school that is focused on health disparities of an indigenous population, the Native Hawaiians.

The JABSOM campus is located on the island of O‘ahu approximately three miles west of the University of Hawai‘i Mānoa campus in Kaka‘ako, adjacent to Kaka‘ako Waterfront Park near downtown Honolulu. The Kaka‘ako area is an emerging epicenter for Hawai‘i’s urban-island culture for residents, artists, chefs and entrepreneurs. For more information on the campus, go to Campus Information.