Dr. Allsopp in his JABSOM laboratory.

“We found a nearly 90% increase in the activation of the FOXO3 “Longevity Gene” in the mice fed the higher dose of the Astaxanthin compound CDX-085,” said Dr. Allsopp.

The researchers intend to continue their studies into other tissues where FOXO3 is expressed, including in the liver, muscle and brain. Human clinical trials of whether, for example, Astaxanthin supplements could improve cognitive function in early dementia also are planned.

“This groundbreaking University of Hawaiʻi research further supports the critical role of Astaxanthin in health and why the healthcare community is embracing its use,” said David G. Watumull, Cardax CEO. “We look forward to further confirmation in human clinical trials of Astaxanthin’s role in aging.” 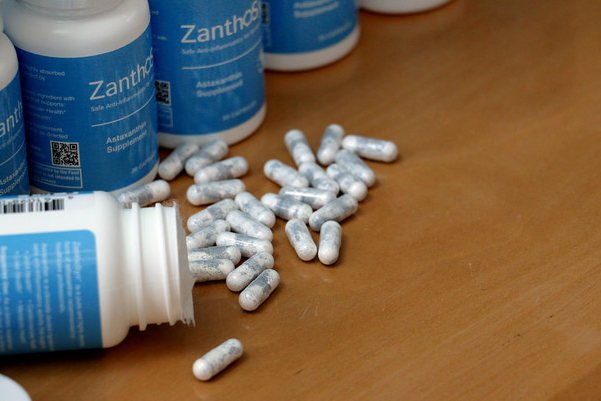 An Astaxanthin product marketed by Cardax is called “Zanthosyn.”

“We are extremely proud of our collaborative efforts with Cardax on this very promising research that may help mitigate the effects of aging in humans,” said Vassilis L. Syrmos, Vice President of Research at the University of Hawaiʻi. “This is a great example of what the Hawai‘i Innovation Initiative is all about — when the private sector and government join forces to build a thriving innovation, research, education and job training enterprise to help diversify the state’s economy.” 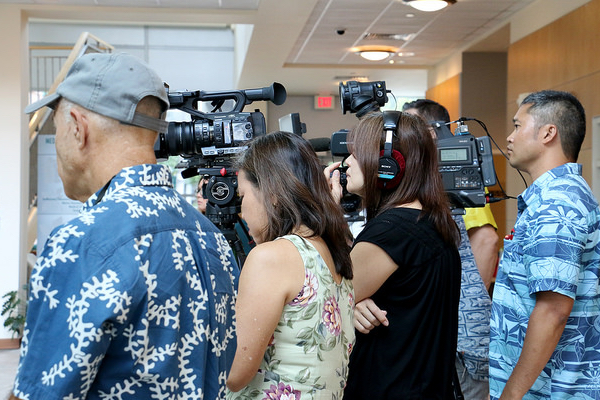 Journalists and UH media at the news conference announcing the Astaxanthin research.

About Astaxanthin and CDX-085
Astaxanthin is a naturally occurring compound found in seafood such as shrimp, lobster, and salmon, and is typically sourced from algae, krill, or synthesis. Multiple animal studies have demonstrated that Astaxanthin reduces inflammation, heart and liver damage, cholesterol levels, and risk of stroke. In humans, Astaxanthin also has been shown to lower inflammation and triglycerides.

Astaxanthin is the active ingredient in CDX-085, Cardax’s patented second generation compound. “This proprietary compound, like our first generation product ZanthoSyn, delivers Astaxanthin to the blood stream with superior absorption and purity, but in a more concentrated form, allowing higher doses per capsule and improved dosing convenience,” said Watumull. In animal study results published in peer-reviewed papers, CDX-085 statistically significantly lowered triglycerides by 72% as well as atherosclerosis and blood clots.

About the FOXO3 “Longevity Gene”
Researchers with the Kuakini Hawaii Lifespan Study, sponsored by the National Institutes of Health and Kuakini Medical Center, discovered that for those who have a certain gene (the FOXO3 “G” genotype) there is “extra protection” against the risk of death as you get older, compared to average persons. Using data from the Kuakini Hawaiʻi Lifespan Study, a substudy of the 50-year Kuakini Honolulu Heart Program (Kuakini HHP), and the National Institute on Aging’s Health, Aging and Body Composition (Health ABC) study as a replication cohort, researchers found that people with this FOXO3 gene have an impressive 10% reduced risk of dying overall and a 26% reduced risk of death from coronary heart disease over a 17 year period. Data are based on a 17-year prospective cohort study of 3,584 older American men of Japanese ancestry from the Kuakini HHP cohort study and a 17-year prospective replication study of 1,595 white and 1,056 African-American elderly individuals from the Health ABC cohort.

About Cardax
Cardax devotes substantially all of its efforts to developing and commercializing safe anti-inflammatory dietary supplements and drugs. Cardax is initially focusing on Astaxanthin, which is a powerful and safe naturally occurring anti-inflammatory without the side effects of currently marketed anti-inflammatories. The safety and efficacy of Cardax’s products have not been directly evaluated in clinical trials or confirmed by the FDA.

About the University of Hawaiʻi
Established in 1907 and fully accredited by the Western Association of Schools and Colleges, the University of Hawai‘i System includes 10 campuses and dozens of educational, training and research centers across the state. As the sole public system of higher education in Hawai‘i, UH offers an array of undergraduate, graduate and professional degrees and community programs. UH enrolls more than 55,000 students from Hawai‘i, the U.S. mainland and around the world. For more information visit www.hawaii.edu.