The John A. Burns School of Medicine (JABSOM) has kept its promise to the community made in 1965 to develop a school of medicine that is a top-notch educational institution, and its vision of a decade ago to also serve as a well-functioning research enterprise. 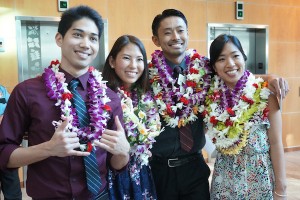 The John A. Burns School of Medicine (JABSOM) at the University of Hawaii is listed highly in the 2022 “Best Medical School” rankings released today by U.S. News & World Report. Medical schools are ranked by peer institutions and via a few national metrics in two main categories: “Primary Care” and “Research.”

This year JABSOM is ranked at #24 in the Primary Care category out of the 122 ranked schools (selected from approximately 180 allopathic and osteopathic medical schools based in the US). This is the second time in 5 years that JABSOM made the top 25 (ranking #19 in the U.S. in Primary Care in 2016). Today, JABSOM is tied with Dartmouth College (NH), the University of Pennsylvania, and the University of Vermont. JABSOM is also ranked #31 in the percentage of graduates practicing in primary care fields. In Research, JABSOM is ranked at #64 and tied with Rush University (IL).

Master of Science (MS) or Doctor of Philosophy (PhD)

Bachelor of Science (BS) or other programs and certificates

About half of all practicing physicians in Hawai‘i are graduates of the JABSOM MD program, its residency program or are faculty members. To date, more than 4,000 medical doctors have earned their degree or completed Residency (post-MD) Training through JABSOM.

1/3 of all babies born in Hawai‘i each year are delivered by JABSOM faculty, including virtually all high risk births and those of financially needy families.

JABSOM ranks #1 in the nation by the Association of American Medical Colleges in retention of combined MD and Resident alumni practicing in state. Nearly 80% of the physicians highlighted as the “Top Doctors in Hawai‘i” in Honolulu Magazine earned their medical degree or completed their residency at JABSOM or currently serve as faculty.

Tuition and Fees (per year)

The John A. Burns School of Medicine is a LCME nationally-accredited community-based medical school. A community-based medical school partners with community hospitals to achieve its educational mission, rather than having a traditional university hospital that is integrated with the school. This follows the “community-based” movement that supports the belief that medical education focuses largely on the needs of the community where students are provided opportunities to interact with and learn from people from a wide range of social, cultural, and ethnic backgrounds. 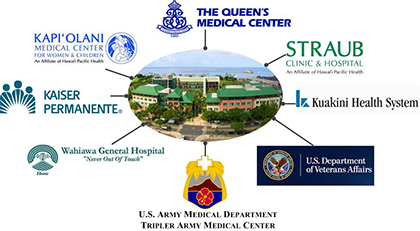 JABSOM’s Pacific island location has encouraged a research focus in Native Hawaiian health and medicine, cross-cultural psychiatry, complementary and alternative medicine, and the communicable and infectious diseases of Asia and the Pacific.

Research efforts are targeted toward eliminating the health disparities which burden segments of our multicultural population. JABSOM researchers strive for answers that can rapidly be transferred to medical settings to improve patient care. JABSOM is also known for leadership in reproductive and developmental biology, including mammalian cloning. 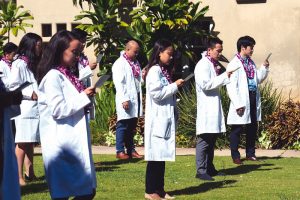