Dr. Douglas Nixon heads a $28 M grant to help cure HIV infections.“Part of the whole cure program is to actually stop more people from getting infected in the first place and then we want to be able to improve antiretroviral therapies, we want to get more people onto therapy, we want to make sure it’s working, make sure they’re affordable,” Nixon explained.

He continued, “I think there’s progress in a lot of different areas and incrementally they will add up to bigger achievements. On a scientific perspective, I think we’re fortunate at George Washington University to have one of these Martin Delaney collaborations for cure research funded by the NIH, and those programs (give hope that) in the next five years (we should be) a little closer to that path.”

Nixon added, “Hawaii is helping push the agenda and the program that Cecilia (Shikuma, MD), Bruce (Shiramizu, MD) and Lish (Lishomwa Ndhlovu, MD, PhD) are doing here along with the (Hawaii State) Department of Health is really cutting-edge and so its really nice to see that and I hope that program in Hawaii will continue.” 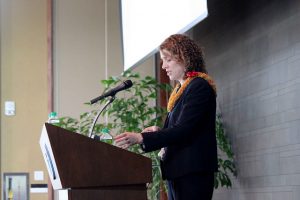 Also visiting Hawaii for the World AIDS Day conference was Julie Dombrowski, MD, MPH, Assistant Professor of Medicine and Allergy & Infectious Diseases at the University of Washington (UW). She is Deputy Director for Clinical Service at the
Seattle & King County HIV/STD Program and Co-Director of the UW Public Health Capacity Building Center.

Dr. Dombrowski’s research focuses on the delivery of HIV and STD clinical services and population-based approaches to improving the HIV care continuum. She is the Medical Director of the Public Health – Seattle & King County STD Clinic and oversees the King County HIV Care and ART Promotion Program, a project to improve engagement in HIV care and antiretroviral use in King County. She conducts capacity-building assistance with health departments throughout the U.S. to improve HIV prevention and care activities.

“I was very fortunate to be invited and to be here today,” said Dombrowski. “The HIV care continuum is a concept of making sure that we find everybody who’s infected with HIV to get people diagnosed into care, stay in care, and access the treatment they need and that’s a key part of making sure that people with HIV live longer and that we can prevent new infections.”

Over the past five years, approximately 80-100 newly diagnosed cases of HIV have been reported annually in Hawaii. That’s a number the University of Hawaii Center for AIDS wants to see fall to zero. The center, part of the medical school, embraced that cause last year, launching the “Hawaiʻi to Zero” campaign. 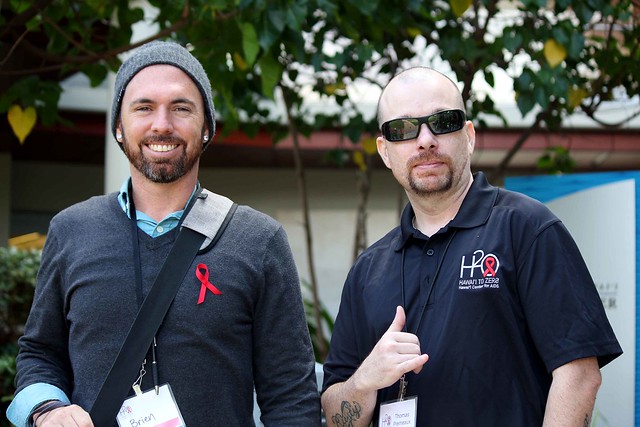 Conference highlights
Led by Peter Whiticar and Tim McCormick of the Hawai’i State Department of Health Harm Reduction Services Branch, and Heather Lusk, Director of the CHOW (Community Health Outreach Work) to Prevent AIDS Project, Dr. Dombrowski and the University of Hawai’i researchers joined community stake holders from O’ahu and the neighbor islands in discussions on how best to lower these statistics.

UH research that is planned to help with prevention include “treatment as prevention” efforts to step-up wrap-around services and assist re-linking to care for vulnerable HIV-infected patients was described by Dr. Jack Barile, Department of Psychology, UH Mānoa College of Social Sciences.

UH’s own researcher Dr. Lishomwa Ndhlovu (Department of Tropical Medicine, JABSOM) spoke about the University of Hawaii’s own efforts in HIV cure research made possible by a recently awarded NIH grant.