Ryder, left, flashes a shaka and a smile, with MD 2014 classmates, including Dr. Kendra Dilcher Johnston, third from right, on their Match Day. Dr. Oshima was one of Ryder’s best friends. “He was gifted in palliative medicine, in which multidisciplinary teams work with patients and families with a serious illness, focus on alleviating symptoms and stress from the illness, and develop a plan of care that allows patients to live as long as they can in a way that is right for them,” Dr. Oshima explained. “One of his mentors in the field stated that Ryder was the only resident he has worked with in 20 years who could see a new patient and family on his own and return to the attending physician already having elicited the patient’s goals and values and having formulated an appropriate plan of care for that patient and family. He was truly seen and valued not simply as a trainee but as a respected peer in the field.”

“Ryder was someone everyone looked up to,” says Kendra E. Dilcher Johnston, MD, (JABSOM MD 2014) a classmate of Ryder’s. “He was kind, intelligent, and motivated. While journeying through high school and medical school together, I was fortunate to the have the opportunity to call Ryder both a colleague and good friend. It is hard to describe Ryder as he was so many great things that I will always remember: a role model, a doctor, a leader in our community, an amazing listener, and an explorer just to name a few. He was always up for an adventure, whether it be climbing up slippery waterfalls or trying to learn every cranial nerve in anatomy lab together. His love of nature and medicine has touched the lives of many, and will continue to inspire all who loved him for many years to come.” 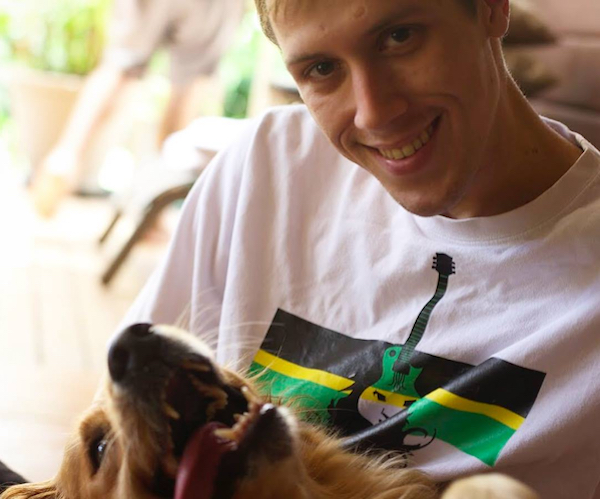 “Much of our friendship revolved around nature,” recalls Dr. Oshima. “We spent hours recycling the same six hikes along the Koʻolau mountain range and walking barefoot in streams with his dogs. He always walked ahead while hiking to capture beautiful images to share with everyone after. He would often show me his latest creation – the small loʻi he arranged in the stream below his house, the planter filled with water plants and guppies in his house, the plants he lined along his walkway, etc. Throughout the time we spent together, I witnessed and appreciated his mind-boggling intellect, sincere curiosity in the world around him, never-ending humor and wit, genuine kindness towards all living things, refreshing idealism, and consistent desire to make the world a better place,” said Dr. Oshima.

She said many of Ryder’s friends also remember his positive and easy-going nature.

Dr. Oshima told us a powerful story shared by a fellow resident, just this week.

The resident said, “Just this week, I met a 68-year-old retired salesman who came in for a routine office visit while on chemotherapy for prostate cancer. My attending physician, remembering that Ryder had cared for this same patient a year ago, informed the patient that Ryder had just passed away. The patient turned pale, and tears welled up in his eyes. He started to reminisce about that day one year ago when he was diagnosed with prostate cancer. ‘Ryder was with me the whole time. He sat with me, held my hand, and told me, ‘You can do this, I know you can.’ They prayed together. “And in that moment, we all joined hands and prayed for Ryder.” 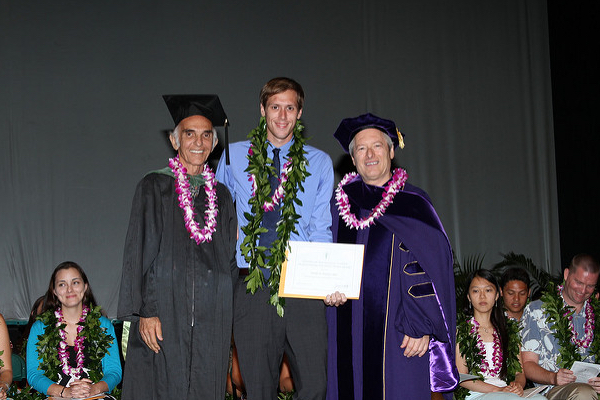 “But hey, I’m still here, so no rush to high emotions. If anything, do me a favor…Watch a sunset. Photograph something beautiful. Post something unexpected. Hug your lover. Hug a stranger. Offer to help someone. Donate blood. Let’s just all be grateful, hey?”

And many people have done that — living up to Ryder’s final wishes and somehow reliving moments with him — by posting photos of sunsets, donating gifts of blood, saying prayers and yes, letting tears flow.

“He touched so many people,” said Dr. Carpenter. “We were the ones all blessed we got to know him.”

Historic shadows for a while
Can live for us again,
Can smile and sigh, and laugh and weep,
In joy, or bitter pain.
–Mary Anna Buck Evans, 1910, “A Moonlight Sonata and Other Verses”


Read the essay Ryder wrote about Humanism in Medicine.

Ryder received a variety of awards in medical school and residency:
1. Gold Humanism Honor Society (GHHS), 2014 – 10 students in each class at JABSOM are peer-nominated and selected by peers and faculty as members of this honor society. GHHS recognizes students, residents, and faculty who are exemplars of compassionate patient care and serve as role models, mentors, and leaders in medicine. GHHS members exemplify integrity, excellence, compassion, altruism, respect, empathy, and service.

2. Friends of the Medical School Aequanimitas No’ono’o Pono Award, 2014 – The award honors William Osler’s principles of Aequanimitas and is given to the peer-selected graduating medical student who best epitomizes this humanistic quality that involves imperturbability in the face of adversity and response in a calm, quick, and thoughtful manner to difficult situations.

3. Golden Crab Award, 2016 – Awarded to the internal medicine resident who exemplified excellence in the study and practice of oncology, compassion, and professionalism during the oncology rotation.

4. Upper Level Resident of the Year, 2017 – Selected by the intern class as the resident who exemplified excellence in leadership, mentoring, and knowledge.

In December 2015, he and three other residents were selected out of his residency class to serve as the four Chief Medical Residents for the 2017-2018 academic year.

Have a remembrance of Ryder? Share it with writer Tina Shelton , JABSOM Communications Director.

Mahalo nui loa to Dr. Lauren Oshima and all who have generously shared their aloha for Dr. Ryder Onopa at such a difficult time.

Gifts
Ryder wanted any donations in his memory to be directed to the John A. Burns School of Medicine at https://giving.uhfoundation.org/funds/12776504. Checks should be made payable to UH Foundation. Ryder also supported 'Ahahui Malama I Ka Lokahi (Hawaiians for the conservation of native ecosystems), whose website is: http://www.ahahui.net/