The month before that, in May, Dr. Zalud was in Hilo, where OB-GYN has deployed a full-time faculty member who has begun caring for patients. Next year, OB-GYN will begin rotating its most senior MD trainees through Hilo in collaboration with Hilo Medical Center and the Hilo Bay Clinic. 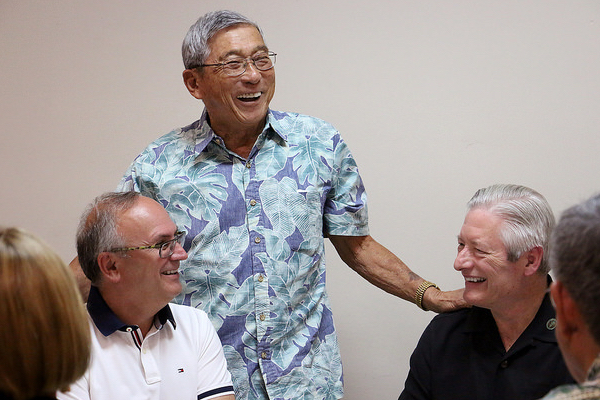 Next month, Dr. Zalud will accept the recognition as the first physician in Hawai’i to be named a fellow of the American Gynecologic and Obstetrical Society, an honor for which he was elected in January. Dr. Zalud is also currently serving a four-year term as a Vice President of the World Association of Perinatal Medicine.

JABSOM OB-GYN plays a major role in health care statewide, because its faculty are involved in the deliveries of one third of the babies born in Hawaiʻi every year, many of them high risk births, and many born to families unable to pay for the service.

OB-GYN Faculty make the summer 2017 one of giving, including $6 million from Emeritus Professor Thomas Kosasa

An enduring gift creates an Endowed Chair in OB-GYN